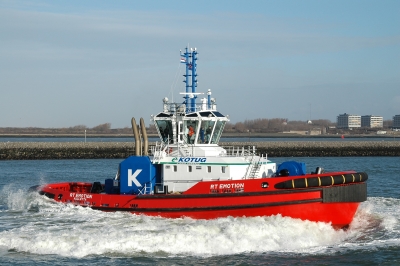 The photo shows the tug RT EMOTION during her trials in the "Maasmond" (Rotterdam/Hoek of Holland) on January 27th 2015. She will be handed over to the owner Elisabeth Ltd at Valletta, Malta and taken in service by the manager, Kotug International BV, Rotterdam.

She has been equipped with three Z-drive azimuth rudder propellers, driven by three 4-takt 12-cylinder Caterpillar diesel engines, type 3512C-HD, generating a total power of 6.747 bhp (5.295 kW), developing a bollard pull of more than 80 tons and a free sailing speed of 13,5 knots. 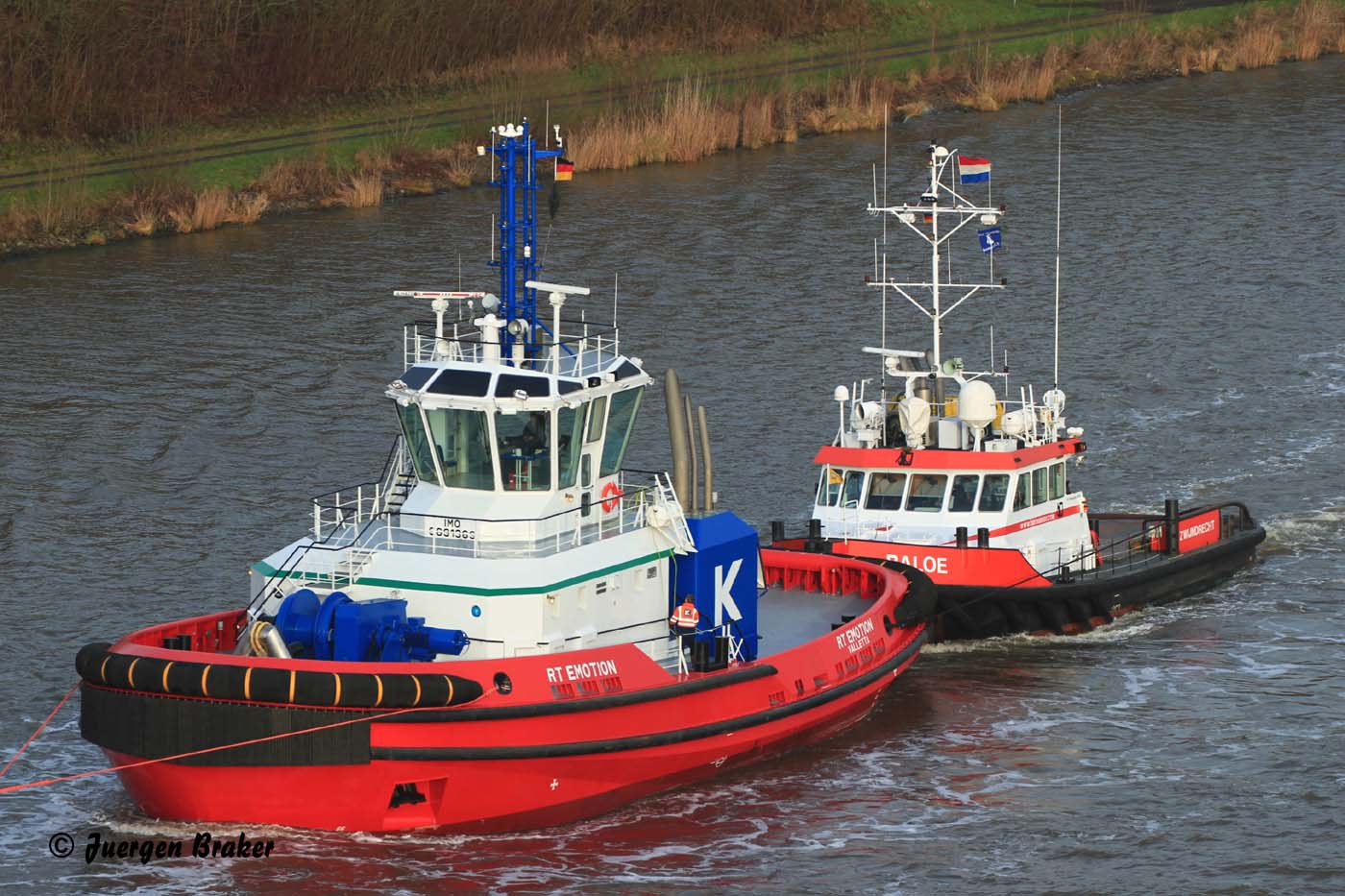 Mid December 2014 the RT EMOTION left Gdynia, towed in convoy by tugs of the Dutch company Herman Senior BV. After a stormy passage across the Baltic the RT EMOTION arrived in the Rotterdam harbour on December 27th, to be fitted out by the Damen shipyard at Pernis.