Europort maritime fair from 5 till 8 November 2019

The Europort exhibition is being organized once per 2 years in the month November in the AHOY exhibition complex at Rotterdam, the next being in 2019. This show is one of the largest fairs of the maritime industry.

The Foundation Tug Harbour Maassluis, in which the National Towage Museum takes part, is one of the participants of the fair. Visitors we gladly welcome at our stand.

If Boluda’s recent €300 million acquisition of Kotug Smit has topped the European tug news agenda, with the Spanish firm easing into the Netherlands, Belgium, Germany and the UK, few doubt that regulatory and technology issues offer the sector’s more lasting stories.

Dutch towage company Multraship Towage & Salvage, for example recently took delivery of the Damen-built tugs Multratug 6 and Multratug 29, the former of which is notable as the first IMO III compliant tug in Europe. Leendert Muller, Multraship managing director, says the design is "in tune with the increasing demand from local port authorities for clean operations”.

Turkish shipyard Navtek, meanwhile, is building the first tug to be fully powered by batteries with Corvus Energy. ZeeTug, as the vessel is known, is expected to be ready for sea trials later this year.

The two developments offer evidence that, despite its supportive role, the tug and towage sector is at the heart of the maritime technology’. If hidden from wider view, this quality will be no secret for those attending this year’s Autumn conference of the European Tugowners Association (ETA) at Rotterdam Ahoy on November 7th, coinciding with Europort 2019. In fact, the ETA event will bring together some of the 'smart business’ movers driving the ideas behind the Europort 2019 programme.

While Boluda’s presence as one of the shipowner panellists joining the official opening ceremony of Europort 2019 may turn heads, therefore, the digitalisation and AI that can make tugs safer and more efficient are likely to prove the lasting talking points emerging from Rotterdam.

Technology is helping to boost safety, with market-leading tug operator Svitzer initiating sea trials of an industry-first remotely operated line catching system, for example. The prototype, under test on the tug Svitzer Trym, is designed to reduce the risk of harm to crew when connecting with other vessels. Technology is also enhancing efficiency: Rotterdam-based PortX and Helm Operations recently signed a strategic agreement to combine PortX’s AI-based dispatching system, OptiPort, with Helm Connect software for operations and maintenance. OptiPort uses AI to enhance the analytics driving scheduling decisions to include crew working hours, currents, tides, vessel characteristics and fuel consumption. Significant savings in fuel consumption and crew overtime are claimed.

Looking further ahead is the Kotug project exploiting autonomous ship technologies as part of tug operations using the training Rotortug RT Borkum. Kotug has conducted trials using real-time sensor technology to monitor the position and surroundings of this training tug, whose systems include high spec technology from Europort exhibitors onboard, such as the Alphatron camera visualization and systems integration in the consoles, and the Veth steering and engine control system that can switch between remote and local control.

"The purpose of this project is to gain knowledge in creating situational awareness on a remote bridge,” says Kotug manager for fleet performance and innovation Koos Smoor. "Development and testing are ongoing with our focus on being able to remotely control a fire-fighting tug.”

Last year, with the training unit located in Rotterdam, control was handed over to an Alphatron 360˚ bridge simulator in Marseille, France. In later trials, this tug was controlled from a simulator at Kotug’s Tug Training & Consultancy’s centre in the Netherlands.

Confirmed speakers at ETA 2nd Autumn Conference "Business models for the future” include Professor Hercules Haralambides, Professor of Maritime Economics and Logistics at Erasmus University, Rotterdam, and Ewout Mante, a leading digital transportation consultant, whose specialism is digitalisation and AI.

Photo: The stand of the Foundation Tug Harbour Maassluis on the Europort fair 2013 in Ahoy. 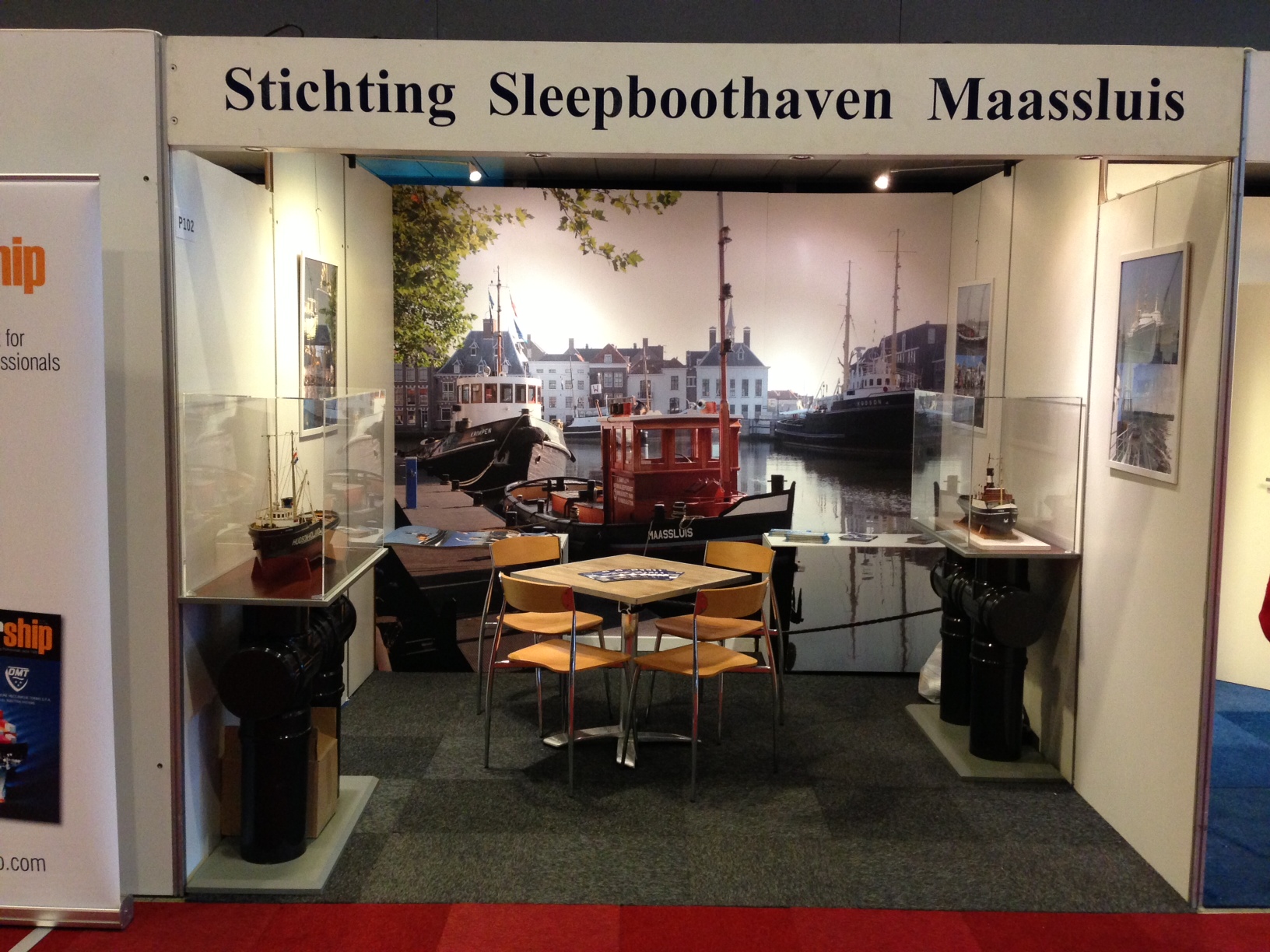