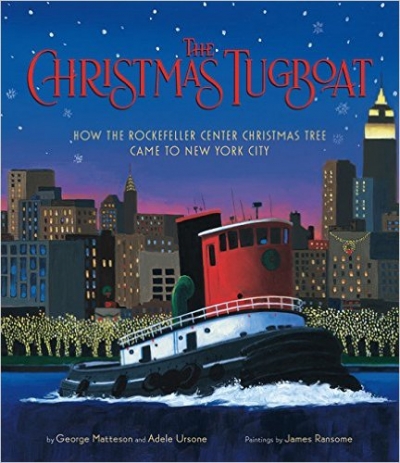 Nothing says Christmas like a Christmas tree, and the Rockefeller Center tree in New York City has said it beautifully since 1931. But how does the tree get there? One year, the tugboat captain (and author) George Matteson, his wife, and their daughter traveled by tug to fetch the giant tree. This dramatic picture book tells the story of their real-life journey up the Hudson River, and James Ransome's striking paintings capture the excitement of the trip and the pride of the young girl who helped steer the tug into New York Harbor.